Went shopping at the Book Outlet.

Wonderful place if you like books as much as I do, but can be dangerous. Good opportunity to exercise restraint though!

I was delighted to find Millie Marotta's ' Curious Creatures' Colouring Book there. For an absolute STEAL. 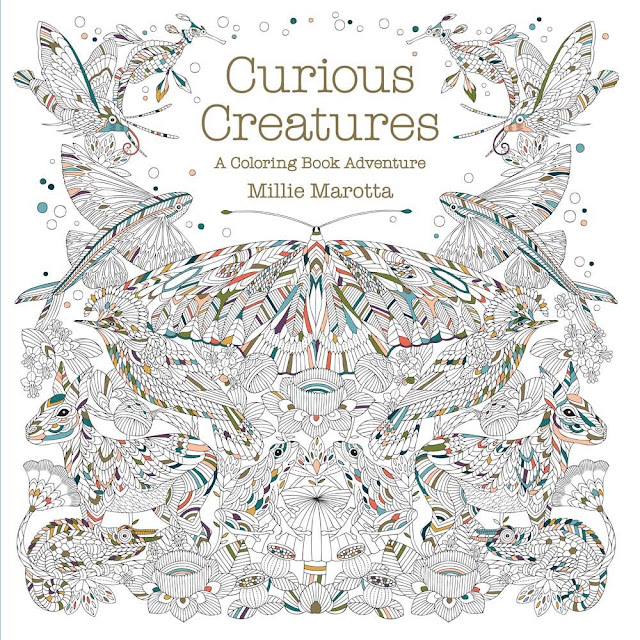 I joined a Facebook group for a colour-by-numbers challenge. You choose the numbers and random colours that match the numbers are assigned. I was allowed to add one darker shade of either the purple or the pink as well. It was a very enjoyable picture to colour and I like how it turned out! I used Ohuhu pencils that I bought off Amazon for this. The pencils are hard, but the smooth white paper took it very well. 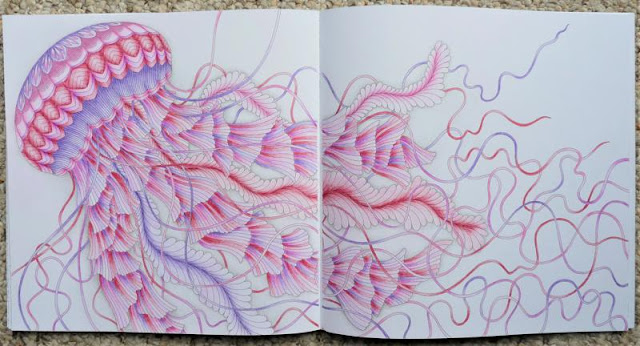 While I had this book out I decided to colour another critter. I love chameleons, we used to play with them when we were kids. They are adorable and those little feet tickle when the crawl on your finger. I also like that Millie gives some information about the critters in the book, it is so interesting to learn more about the creatures in creation this way. 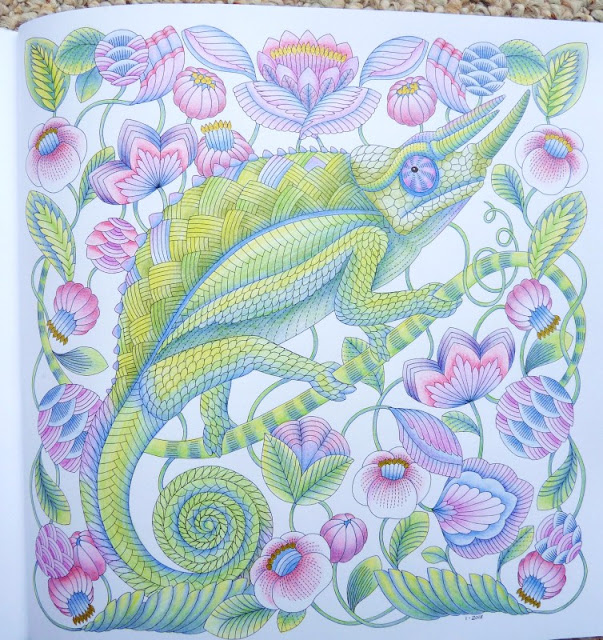 A close-up of the flowers and the little bits of gold marker added to the flower stamens. Just because. 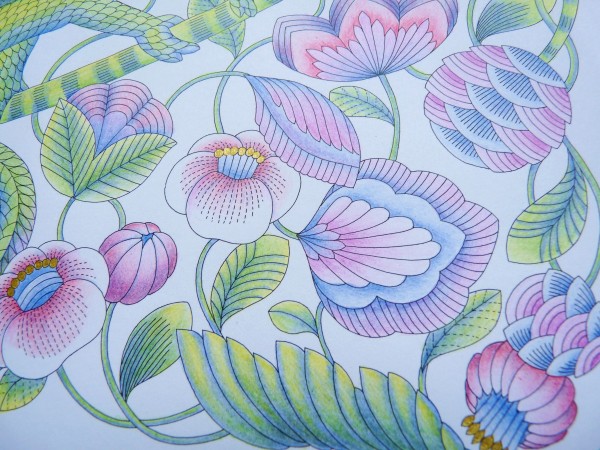 We had so much snow recently that it made all the sense in the world to me to make a card with snowmen. The set is 'Build a Snowman' by Stampendous, but I've not been able to track it down on their website. Amazon here in Canada did list it at a rather crazy price, so you may be able to track it down somewhere. 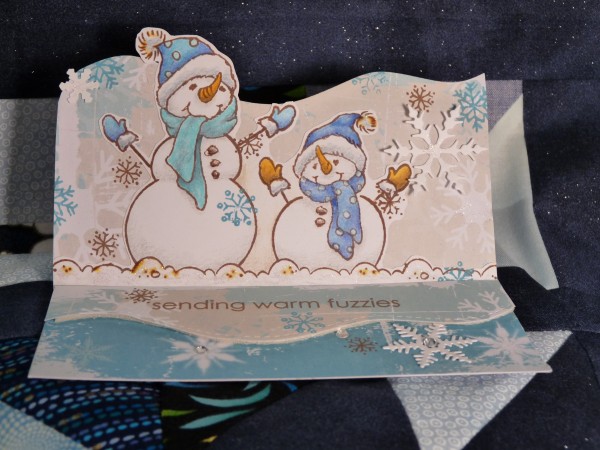 I used Distress Oxide ink (Vintage Photo) for the stamping and I love how it turned out. The warmth of the brown looks delicious. Like hot chocolate. Or something like that...
Unfortunately even after leaving it to dry overnight it still reacted to the glitter glue that I added in a few places. I did the colouring with coloured pencils. 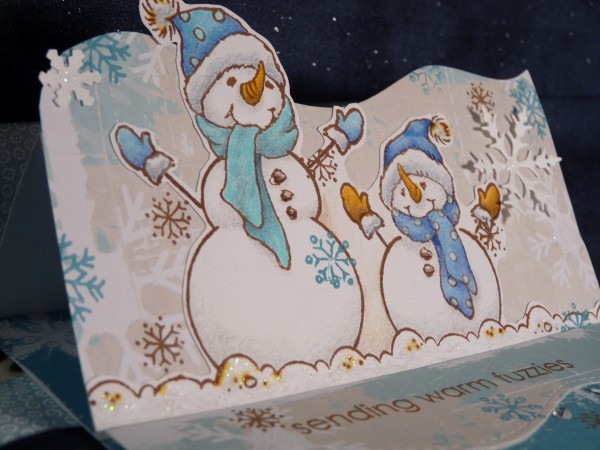 I covered the entire inside of the card with patterned paper (Forever in Time), before adding the snowbank strip, which I popped up with foam to make an edge for the easel card to push against. I added some stamped snowflakes too. These are from the snowmen set. 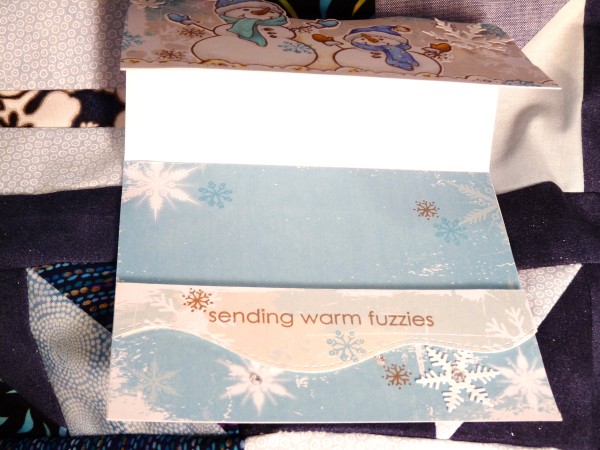 The sentiment is from a set by Hero Arts (with no name)  that I picked up at Michaels recently.
Just some die cut and punched snowflakes and a few more gems and I called it done. 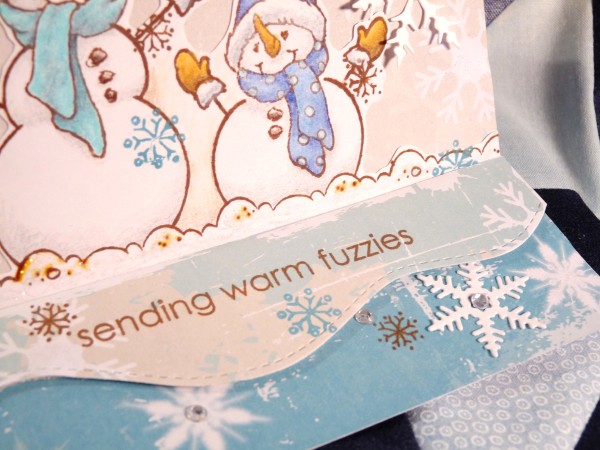 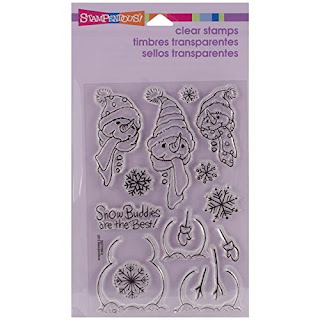 It's been decades, literally, since I've knitted socks. It just never seemed important enough to take the time to knit those when one can buy then and I figured I'd rather spend the time knitting for the boys when they were little and lately knitting scarves and mittens and goodies like that, but the wanting to knit socks again has been lurking in the background so at the end of last year I bought some yarn from Michael (Sock-Ease) and figured I'd give it a go again. Never got to it though until February!

First time doing toe-up. I like the idea of simply dividing a skein of yarn in 2, then start knitting and stop when the yarn runs out at the leg. I hate the idea of knitting a sock only to run out of yarn a few rows from finishing the toes. 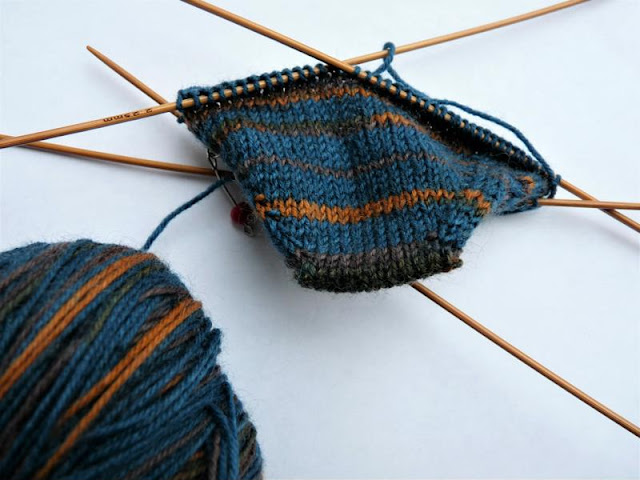 I used a pattern for a basic sock. Nothing fancy while I figure out the sizing. I used this pattern on Ravelry as my starting point and am pleased with how it turned out. However it is too big for me so I did not cast off at the leg. The yarn did not turn out looking as nice as I had hoped. But it isn't exactly ugly either. 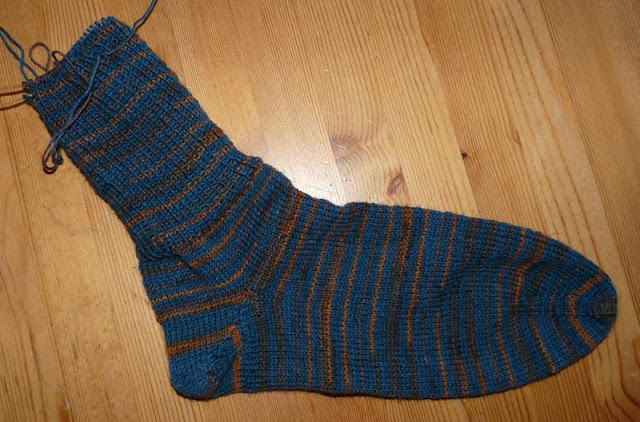 Next I decided to knit a 12 sts swatch just to see how that would look and what the gauge difference is. I do like the resulting weave I got so am thinking of changing the needle size first. 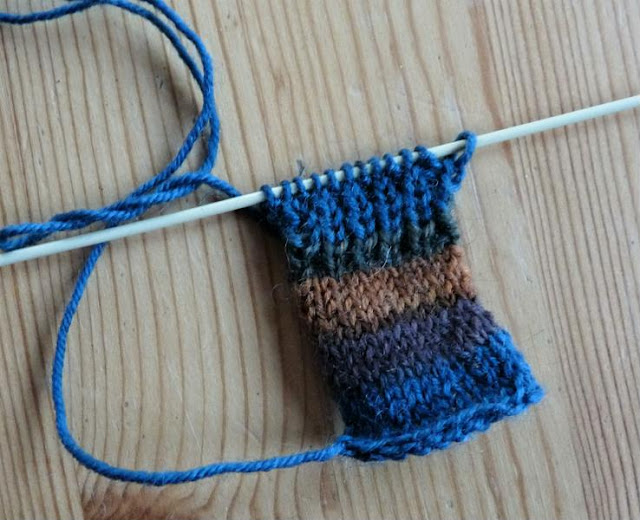 Here is the swatch on top of the sock, The yarn wrapper calls for 2.75mm needles. The sock was knitted with 2.25mm and the swatch with 2mm. That is quite a difference! 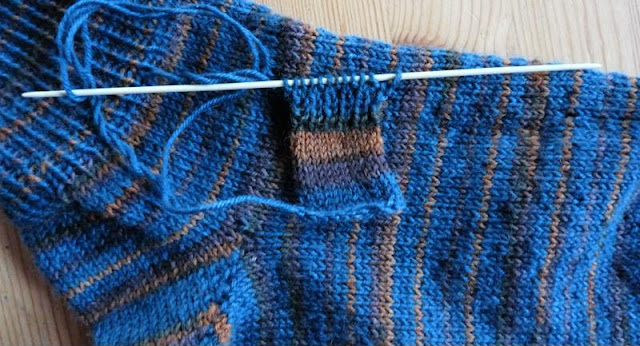 Anyhow, I'll make comparisons and careful measurements and see how it goes. I do have a ball of beautiful purple sock yarn waiting for me too...
Posted by Charne at 5:00 AM No comments:

Tiny Treasures are all around us and never more visible than in the summer!
I love to take the camera and see what I can find among the flowers and plants! 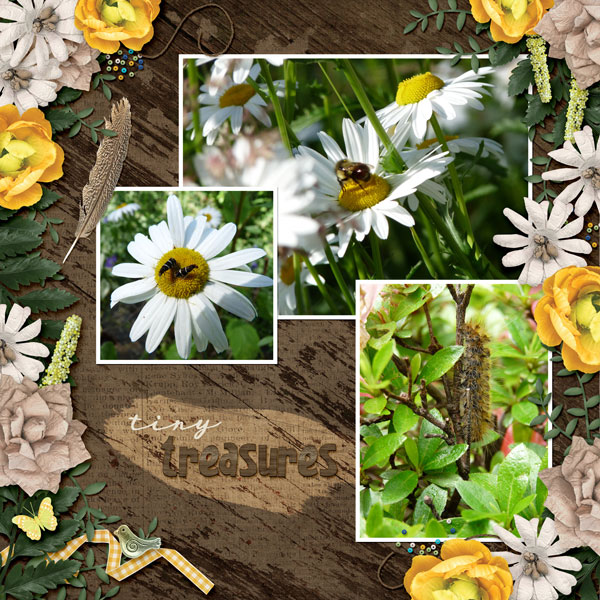 I used Cathy Krenek's Woodland Spring Kit for my page. Aren't those critters just adorable? This kit would be perfect for making sweet cards as well! 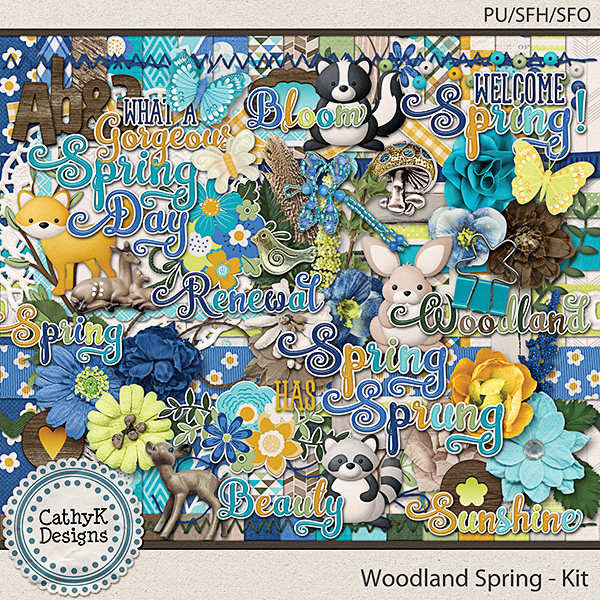 It's been a long time since I've offered a scrapbooking freebie here on the blog. Funny how easy it can be to break a (good) habit, right? 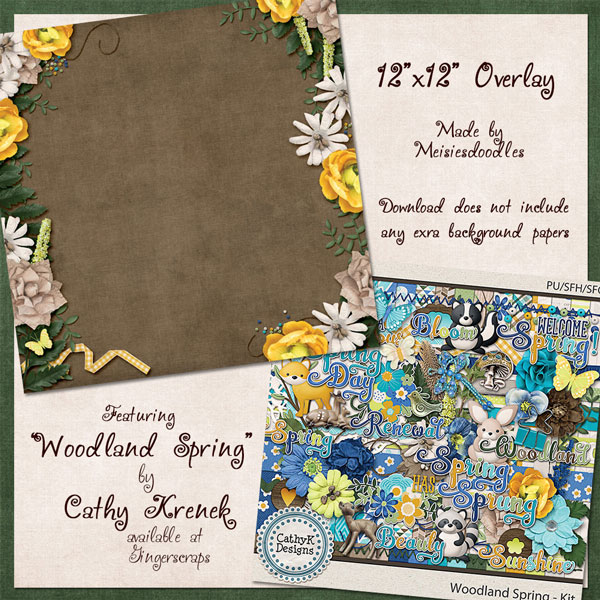 Posted by Charne at 4:24 PM No comments: 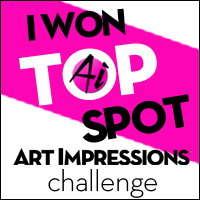